Here you'll find all the inside scoop on my various bizarre travel adventures, all of which are completely true, only some of the facts have been altered. 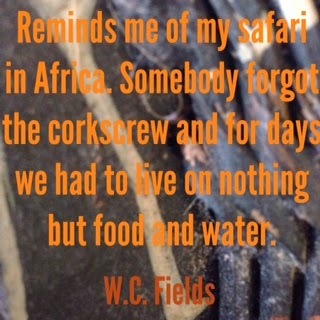 Reminds me of my safari in Africa. Somebody forgot the corkscrew and for several days we had to live on nothing but food and water.

Read more at http://www.brainyquote.com/quotes/topics/topic_travel.html#qYdwPuI53Cb9OUOF.99
Reminds me of my safari in Africa. Somebody forgot the corkscrew and for several days we had to live on nothing but food and water.

Read more at http://www.brainyquote.com/quotes/topics/topic_travel.html#qYdwPuI53Cb9OUOF.99
Reminds me of my safari in Africa. Somebody forgot the corkscrew and for several days we had to live on nothing but food and water.

Read more at http://www.brainyquote.com/quotes/topics/topic_travel.html#qYdwPuI53Cb9OUOF.99
Ethiopia: Expedition to the Lip-Plated Mursi Tribe
Before the Expedition to Africa
Tunisian Trouble

SCOOPS FROM INDONESIA - my second home 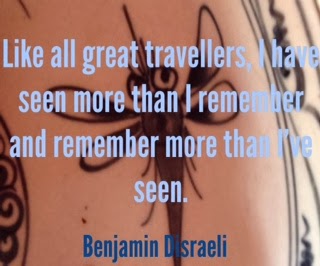 Upriver with a Tiger on my Tail!
Would You Like Dog For Dinner Dear?
Aceh Octopus and How to Cook Fern Shoots
The Magic Man of Sama Dua
Of Roosters & Cat Poo Coffee
Aceh Volcanoes in the Mist
Atlas Shrugged - The Journey Into Post-Civil War Aceh
Cloud Nine Chocolate Lava Cake - When the Locals Cook For You
Washing Elephants Deep in Sumatra
Patrolling Illegal Logging in Aceh
Trekking the Sumatran Orang Utan
That Bloody Rooster!
Death Defying Acts in Sumatra

SCOOPS FROM THE REST OF ASIA

Coming to Penang
Penang the City of Tiffins
Nepal
Trekking the Himalayas
Thailand
Would You Like Fried Insects with that Vow?
Vietnam
Tunnel Rats
The People You Meet When Travelling

In 1990 I journeyed to Calcutta. I was going to work with Mother Teresa in Kalighat, the home for the sick and dying. I can remember driving away from the airport toward the city with a huge blood orange sun sinking into the horizon over the squatters villages. I stayed at the house of an eccentric expat British lady who greeted me with her primped and snappy chihuahuas and had her turbaned 6ft 'help' take my bags to my room. The next morning three 6ft turbaned helpers came wielding brooms and laughing after I ran screaming down the hallway wearing nothing but a towel and wet hair. A dinner-plate sized huntsman spider had interrupted my bath!


After dressing in my most practical clothes I wandered down through the working areas til I reached the old Kali temple building Mother Terese had reappropriated back in 1952 for a hospice for the sick, dying and destitute. I was immediately set to work cleaning bedpans, making beds and feeding patients. The stench of urine and faeces was overwhelming. An occasional agonised moan would pierce the normal noises of the ward and after a while I asked one of the other volunteers what it was. She took me over to a low stretcher that was covered by a tented black sheet. Under it lay a woman, her age impossible to tell because her body was entirely covered in black and pink weeping burns, her eyes sealed shut, her lips melted together, her hair burnt off. She had been there for 5 days after being forced to throw herself on her husbands funeral pyre.
At the end of each day I would drag myself back to the eccentric British lady who would refresh me 'Poor Dear!' she would invariably exclaim to me, with mint tea. After some weeks I decided I might go to Mother Terese's orphanage instead. The work wasn't as back-breaking and I soon found a group of small children who I worked with biomechanically after polio. Still - I wasn't convinced my experience as a Podiatrist was being fully exploited, if I'd had an orthotics lab maybe I could of done more, so one morning I decided I would go and seek an interview with Mother Terese herself.

I wound my way through the dark and narrow back streets, out onto the main road and along to the house where Mother Terese lived with the Sisters of Mercy and rang the large brass bell outside. I explained to the sister that I wanted an interview with Mother Terese and she frowned, shaking her head, and muttering that the Mother hadn't been well and she didn't like my chances. I told her I would wait all day if I had to. I think it was a test of sorts to weigh up just how serious I really was about seeing Mother Terese  - 5 long hours later with nothing but a crucifix and and a depressing image of Christ glaring down at me in admonishment from a naked wall, I was ushered up stairs to a balcony and a tiny old lady, in bare feet and the blue bordered white sari that is the uniform of the sisters, came shuffling toward me - she was about the same height as my Omi in Germany, that is 4 ft nothing.

She took my hands in hers and asked 'What can I do for you my child?'
I explained what I'd been about what my skills were and asked if there was any way I might be of greater use to her.
'My goodness, well yes, yes, yes child!' she exclaimed 'We need you desperately at the Leprosarium! You must go there immediately, immediately - yes this is the right place for you!'
I was so overwhelmed by the whole process that I completely forgot to ask if I could take a photo with her! I think she was actually quite happy not to be snapped for curiosity value.

The next morning I took myself off to the Leprosarium which was a nightmare of  typical Indian direction giving (because no one wants to tell you they don't actually know the way to somewhere) that felt like a Pink Panther chase. With the correct location of the Leprosarium finally pinpointed I could see that there was indeed plenty of useful work for me to do. Leprosy patient suffer similar vascular/neural complications to diabetics so I was in my element with foot ulcers and here I actually had equipment and materials to make functional and accommodative orthosis. The main problem was that the ulcers needed dressings and the latest shipment had been detained by the authorities for an indefinite time - read: we would never see it again. I left sometime later with the promise of shipping supplies which would have a 40% of actually getting to them.
After that I spent  a short period of time working in Dr. Max Praeggars street clinics (pictured above). Every morning we would go to where the clinic had been the day before and a runner would tell us the location of the clinic that day. We would periodically have to pack up and shift to a different street location during the day because the street clinics were being illegally run and the police were out to hound to us.

When I reflect back I realise that never once did I break down at the tragedy and cruelty of humanity. I still felt deeply on an emotional level, but intellectually I was able to objectivise. I just got on with doing the tasks that needed doing. I saw many volunteers leave shortly after starting and never return, the presence of such intense suffering overwhelmed them to a disabling extent. Really, you have to ask yourself - what is the point of indulging in self-pity? Apart from attracting attention to yourself, it doesn't actually help anyone! Humanity needs perseverance in the face of suffering to get the job done.