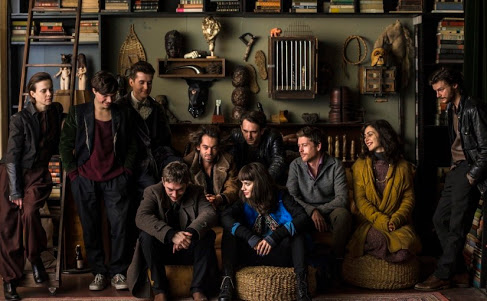 Last night Indil-cat and I went to the Melbourne International Film Festival to see a brilliant Australian-Berlin collaboration by a brave new director Brodie Higgs called 'Elixir', a working title with no particular meaning and for which no 'better' name was ever found.
The surrealists from the 1920's are alive and (more or less) well in modern day Berlin living in a communal warehouse studio called the Glasshouse, named after André Bretons actual Parisian house where he hosted his troublesome friends. André and his friends are reeling after the death of Jacques Vaché (who died of an opium overdose in real life). A new comer to the house André picks up in the streets, Bohemian Lexie, a writer who expresses herself as a graffiti artist, becomes the catalyst for exposing the souls of each of the Glasshouses's residents.
Tristan Tzara, one of the founders of the Dada art movement, hatches a wild plot to sabotage Malcom MacLaren's (father of punk fashion which Brodie says is just a rip off of Dadaism) Art Week fashion show in a way that reminded me totally of our children's CAD fashion design performances that were often surrealist and involved shooting the audience with guns in a way which in hindsight was perfectly Dadaist.


The movie is richly surreal and satisfying in its commentary on the commercialism of art close to my heart - one of my pet hates is the propensity of people to purchase art 'to match their decor' reducing it to mere 'decoration' rather than for the art itself.


Surrealism evolved out of the DADA art movement. During the war, André Breton, who had trained in medicine and psychiatry, served in a neurological hospital where he used Freud's psychoanalytic methods with soldiers suffering from shell-shock. He met writer Jacques Vaché and admired his anti-social attitude and disdain for established artistic tradition.
Back in Paris, Breton joined in Dada activities and started the literary journal Littérature. He began experimenting with automatic writing- spontaneously writing without censoring the thoughts—and published the writings, as well as accounts of dreams, in the magazine.
With two others he began to attract more artists and writers; they came to believe that automatism was a better tactic for societal change than the Dada attack on existing societal  values.
Freud's work with free association, dream analysis, and the unconscious held great importance to the Surrealists in developing methods to liberate imagination. They embraced idiosyncrasy while rejecting the idea of an underlying madness. Salvador Dali, arguably the most well known surrealist, later proclaimed, "There is only one difference between a madman and me. I am not mad." (A line that gets used in the movie btw).
I still think Dada is one of the more intellectually interesting art movements. Dadaists called it anti-art because it represented the opposite of everything which art stood for. Where art was concerned with traditional aesthetics, Dada ignored aesthetics - it was intended to offend. The movement was a protest against the bourgeois cultural and intellectual conformity—in art and more broadly in society—that surrounded the outbreak of WWI. They expressed their rejection of that ideology in artistic expression that appeared to reject logic and embrace chaos and irrationality.
Hugo Ball - one of the Dadaists said "For us, art is not an end in itself ... but it is an opportunity for the true perception of the times we live in'.
A reviewer from the American Arts Review journal said at the time that "Dada philosophy is the sickest, most paralyzing and most destructive thing that has ever originated from the brain of man."
The Dadaists would meet at soirées at a Zurich nightclub called Cabaret Voltaire (the fantastic alternative band in the 80's was named after this) where performances or 'happenings' of spoken word, dance and music happened. These soirees were raucous forums for new forms of performance, such as sound poetry and simultaneous poetry that mirrored the maelstrom of World War I raging around it.
I love the fact that one of Tzara's writings, a melody called bizarrely  Vaseline symphonique, required ten or twenty people to shout "cra" and "cri" on a rising scale when it was performed.
Tzara was hilariously subversive in performing Kokoschka's short play 'The Sphinx and Strohmann' . Performed in total darkness, the actors in masks that covered their whole bodies and Tzara had the part of the parrot and proceeded to ruin the performance by making thunder and lightning sounds in all the wrong places and maintaining that this subversion was a deliberate part of the Dada anti-establishment intent.I think we need more performance art that extends the dimensionality of static visual art and inspires us to feel on all levels.
Kokoschka by the way painted the famous abstract expressionist painting 'The Bride of the Wind' a self portrait with his lover Alma Mahler, wife of Occy's favourite composer Gustav Mahler.  By the way a film was made of Alma's life called 'The Bride of the Wind' and check out the poster art for it - they used Gustav Klimt artwork stylisation for it! The inhumanity of it! 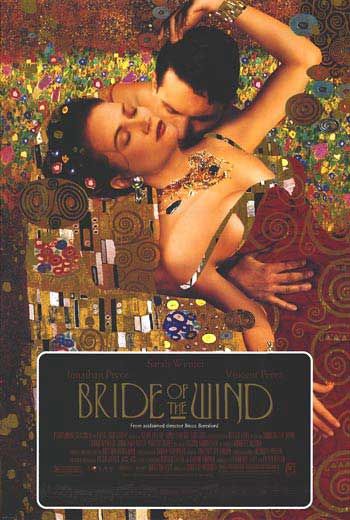 In terms of painting art George Grosz evolved from the nihilistic protest of Dada to a more focused expression of his disgust at the cruelty and decadence of the bourgeoisie. He exposed the hypocrisy of the politicians, the press, the army, the ruling classes and their corrupt clergy that the DADAISTS hated. Grosz wrote, "Man has created an insidious system - a top and a bottom. A very few earn millions, while thousands upon thousands are on the verge of starvation. But what has this to do with art? Precisely this, that many painters and writers, in a word, all the so-called 'intellectuals' still tolerate this state of affairs without taking a stand against it......To help shake this belief and to show the oppressed the true faces of their masters is the purpose of my work".


'The Pillars of Society' by  George Grosz 1926 shows a group portrait that manages to portray 'all the true faces of their masters' in one room.
The German officer wearing a monocle and a swastika, duelling scars on his cheek and a thin slit of a mouth aggressively exposing his teeth, the glass of beer and sabre exposing him as a drunken warmonger. The delusional thoughts coming out of his head show his lack of self awareness.
Behind him on the left is a portrait of press baron Alfred Hugenberg, wearing a chamber pot engraved with an Iron Cross as a hat symbolising the bias of his newspapers and Grosz's opinion of them. His blood stained palm is the bloody consequences of his newspapers' propaganda (symbolized by the pencil)
Behind him on the right is a portrait of Friedrich Ebert, the leader of the Social Democratic Party and the first President of Germany from 1919-1925. His leaflet reads, "Socialism is Working" and a flag of the Weimar Republic. Grosz gives him a pile of steaming faeces for brains.
In the background  is a clergyman whose sanctimonious face is flushed with the long term effects of alcohol. With closed eyes he preaches from the safety of his room, blind to the reality of the burning city outside his window and ignoring the brutality of the civil war that unfolds behind his back.
Early Dada anti-art is probably best portrayed in Raoul Haussmann's 1920 ‘Spirit of Our Time’. It is a satirical illustration for his statement that the average supporter of what he considered to be a corrupt society “has no more capabilities than those which chance has glued to the outside of his skull; his brain remains empty”.
Maybe we'd do well to reflect on this in today's society. Cat Girl's housemates, Dutch, German and Japanese, recently commented that their Australian workmates 'could be so draining sometimes - all they talk about is the weather and trivial stuff' - how many people you know have shut themselves off in the less dangerous position of intellectual muteness? What gets sacrificed in this numb social mindsoup is creativity and passion - is being safe because we fear embarrassment and humiliation for standing out worth it?