Cuba had long held a mystique and fascination for me as a somewhat 'forbidden' place. The hype that still lingered about the Bay of Pigs invasion, Fidel Castro and Che Guevara intrigued me. I pushed for our little family (of six) to visit there in February of this year. For those of you that don't know The Bay of Pigs invasion had been an unsuccessful action by a CIA-trained force of Cuban exiles to invade southern Cuba, with support and encouragement from the US government, in an attempt to overthrow the Cuban government of Fidel Castro. The invasion was launched in April 1961, less than three months after JFK assumed the presidency in the United States. The Cuban armed forces, trained and equipped by their communist allies, defeated the invading combatants within three days. It was an embarrassment to the U.S. that they've never forgotten or forgiven.
The main invasion landing took place at a beach named Playa Girón, located at the mouth of the bay. The invasion is named after the Bay of Pigs, although that is only a modern translation of the Spanish Bahía de Cochinos. In Latin America, the conflict is often known as La Batalla de Girón, or just Playa Girón.
We stayed with a lovely family in their home and went out each day exploring Havana. Havana is kind of like being in Tarsems Film The Fall - kaleidoscopic. The effect was enhanced by a case of too many Mojitos are never enough - we held up the famous bars which had been frequented by Ernest Hemmingway (who wrote Old Man and the Sea in Havana) and enjoyed the colourful sights of the city. 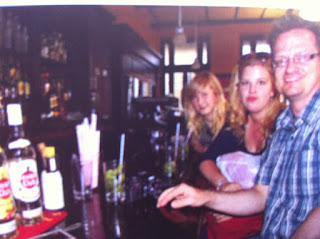 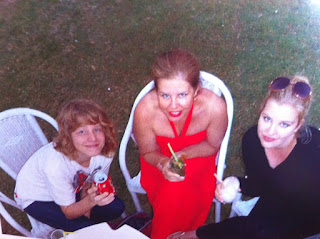 Now as you probably know, Cuba is famous for its cigars. Explorer Christopher Columbus is generally credited with the introduction of tobacco to Europe. Two of Columbus's crewmen during his 1492 journey,  are said to have encountered tobacco for the first time on the island of Hispaniola, when natives presented them with dry leaves that spread a peculiar fragrance. They  encountered it again in Cuba where Columbus and his men had settled. His sailors reported that the Tainos (locals) on the island of Cuba smoked a primitive form of cigar, with twisted, dried tobacco leaves rolled in other leaves such as palm or plantain.
After that it found it's way into western history. King Edward VII enjoyed smoking cigars, much to the chagrin of his mother,Queen Victoria.  After her death, legend has it, King Edward said to his male guests at the end of a dinner party, "Gentlemen, you may smoke."

U.S. President Ulysses S. Grant smoked cigars heavily, up to 12 a day. Freud smoked 20 cigars a day, and because of his frequent references to phallic symbolism, colleagues challenged on the "phallic" shape of the cigar. Freud is supposed to have replied "sometimes a cigar is just a cigar." Initially concealing a cancerous growth in his mouth in 1923, Freud was eventually diagnosed with the same cancer as Grant's. Despite over 30 surgeries, and complications ranging from intense pain to insects infesting dead skin cells around the cancer, Freud smoked cigars until his life ended. Freud died at age 83 in a morphine-induced coma to relieve the pain from his cancer. Winston Churchill who has been credited with the practice of dunking a cigar in port or brandy, was rarely seen without a cigar during his time as Britain's wartime leader,
Fidel Castro and Che Guevara were often seen smoking a cigar during the early days of the Cuban revolution.
So with all this history we naturally wanted to visit the famous cigar factory and buy some cigars. As we made our way through the town square an attractive young woman and her male companion approached us chatting about our visit. They led us up to a run down restaurant (well most places in Havana are run down so nothing new there) and said this was a famous wall to sign our signatures on for good luck. Russell and I looked at each other and thought 'Let's get out of here'. We said we had to go now to the cigar factory and bundled the kids back outside.
"oh you want to buy cigars? We have cigars - we can sell them to you for much cheaper than the cigar factory. There you pay $500 for a box with us it is much, much cheaper" - it was the second 'much' that hooked us and the next thing we new we were hustled into a seedy looking apartment building and into a shoebox room with a claustrophobically low ceiling. There was a stained sofa and some armchairs we were 'persuaded' to sit in. Then in walked 3 three big Cubans, and I mean big and you could hear us collectively swallowing. They showed us several boxes of cigars which we dutifully appeared to examine carefully. They encouraged us to try them so young son and second daughter lost  no time lighting up (see photos below). Russell leaned over and whispered to me 'This doesn't look good, lets just buy the frickin' cigars and get the hell out of here' We were both thinking OMG, what have we got our kids into? We were thinking movie style shootings for the sake of a few American dollars. 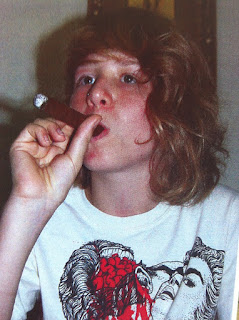 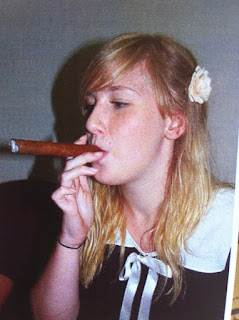 Russell handed them the money and we hurried the kids down the road to the cigar factory feeling relieved to have escaped in one piece. The cigar factory was fascinating. A gorgeous old building (see photo below) staffed by many rollers sitting at wooden benches. They apprentice in the art of cigar rolling for years before they attain the status of experienced rollers. They are paid some of the best wages in Cuba ($25/week) and it's a highly sort after but back breaking job. An experienced cigar-roller can hand roll hundreds of very good, nearly identical, cigars per day. The rollers keep the tobacco moist — especially the wrapper — and use specially designed crescent-shaped knives, called chavetas, to form the filler and wrapper leaves quickly and accurately. Each roller is allowed to take three cigars home at the end of each day - their worst rolls - and its these that they sell on the black market to people like us. 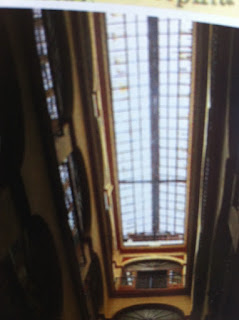