So it turns out that if you want to keep anything a secret don’t utter even one syllable – and especially don’t ask people NOT to ask you about it because if there’s one sure thing besides death and taxes it’s that they will ask you! After my post on my secret life – mission accomplished after 20 years – the mortal hordes have been asking me, despite being instructed otherwise, what can they do and how they can do it and what’s a good cause anyway?
My number 1 priority is that as close to 100% of the money you put into it must be used for that cause; 2.It must be trackable (you can see what you’ve achieved through your philanthropy); 3. It must be something you feel passionately about (passion is the baking powder of life – it precipitates a change and allows a rise to new levels); 4. Get yourself a partner to work with – remember 1+1=11 specially if your going to challenge yourself to a 20 year project ;-) 5. Decide whether you’re going covert or this is an overt mission because you need the support of friends and colleagues to fundraise. Don’t go overt unless your friends are supportive or you may end up giving up.
Second daughter Skyped from London and asked what she could do when she felt she had no money to spare. I asked if she saw any homeless people when she walked to work. Yes. Did she the same ones regularly? Yes. I suggested she pack an extra nutritious sandwich to take with her on her walk to work once a week and give it someone she thought might be in need of some food. Later on she can work out if she wants to plan a more complex long term secret mission.
Okay, okay, I’m going to share with you what we supported on my 20 year mission – if you’re going covert you’ll want to organise your secret partner (someone fabulous like Occy) or other agent to pass on your anonymous money orders (you take cash in to any bank and ask them for a money order made out to particular organisation not payable to any other party).
In one of my early posts I spoke about working in the Calcutta street clinics of Dr Jack Preger. Jack Preger ran his Middleton Row clinic and sometimes other location clinics when being hounded by the police for 14 years from 1979-1993 when authorities finally granted him registration, his organisation is called  ‘Calcutta Rescue.’ Jack Preger still works today at his clinics at the age of 82! If you want to go and work there voluntarily as I did you can go to the website and click on recruitment or email them info@calcuttarescue.org or just turn up – they’re always grateful for extra hands. If you can’t go there in person they are always desperately in need of funds and there are instructions on how to donate on this same website either directly or through PayPal or the organisation called ‘justgiving’.
There is also a very biographical site called jackpreger.com with loads of information and pictures if you wish to learn more about Dr Jack Pregers work. 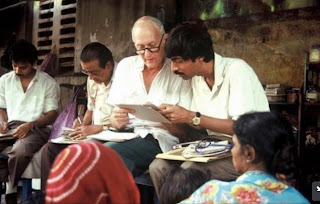 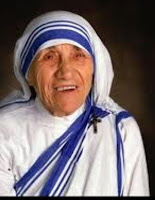 My mission was staged in five year increments to benefit diverse organisations I believed were ethical and worthy - Mother Theresa’s leprosy clinic to purchase medical supplies; Jack Pregers clinic;various water projects in Africa.
Projects currently running that I can recommend are Water Wells for Africa (WWFA) was set up in 1994 by Kurt Dahlin. The really terrific thing is that for every $1 invested a return of $9 is produced! Every $4 – which is the cost of your next latte – will give another fellow mortal clean drinking water for the next 20 years – yes, you did read that right. On the website you can set up your own ‘Wishing Well’ project and donate and have others donate into your wishing well. You can also keep direct tabs on where your money goes and see the wells your efforts produce. To go to the site go to the WWFA website http://sna.etapestry.com/fundraiser/WaterWellsforAfrica/wishingwell/aboutEvent.do
The Water Project http://www.thewaterproject.org/well_for_sudan.asp partners with Water Harvest International who have built 100 wells since 2008 in southern Sudan and northern Uganda. The Water Project also operates in Rwanda, Sierra Leone, Uganda & Kenya. Each well costs approximately US$5000. On their website you can set up your own ‘My Water Project’ where you will learn how to ‘Take Actions’, get fundraising tips and tools that help build wells and invite and inform friends through a  ‘share’ to Facebook button. You will be able see the impact your work is having through visual graphics so you can track your impact.
Our friend Marco Mastrorocco recently watched the film ‘Darfur’ and was outraged at the genocide happening there, wondering why more people didn’t know about nor do anything about it, urging people to also watch the film available from video stores. It’s a fiction film made in documentary style. (This may well become his mission) In an effort to help him educate people here is a brief summary. Darfur is a drought-prone region of western Sudan (which lies just beneath Egypt in Africa where the Blue and White Nile River runs) divided into 3 states of 6 million people. Darfurians live by subsistence farming and nomadic herding. There are 40-80 ethnic groups speaking Fur, Arabic and Massalit that have coexisted peacefully for centuries.

The conflict in Darfur began in 2003 when 2 Darfuri rebel movements Sudan Liberation Movement (SLM) and Justice and Equality Movement (JEM) launched attacks against government military installations to highlight political and economic marginalisation of Darfur. The military responded with their militia known as Janjaweed, targeting ethnic groups that were supporting the rebels. 400 villages were annihilated, 300,000 people killed and this has continued to grow. 2.7 million people have been displaced and around 4.7 million have now been affected to date.

The conflict in Darfur is NOT and Arab versus African conflict. There are Arabs on both sides of the conflict. Neither is it a Muslim versus Christian conflict. 99% of Darfurians are Muslim as are the leaders of the Sudanese government and Janjaweed. It is also not a dispute over oil or water resources though the region does suffer from lack of water. Some of the recruits for the government’s Janjaweed militia were however recruited from drought affected areas.
If you are interested in making a difference but don’t know how the Save Darfur organisation has lots of educational and pro-active tips, not just monetary donations, on their website.
If all this seems too much there’s plenty of school kids that go to school without breakfast, homeless people in need of a sandwich, or elderly people who just need someone to check in on them each day with a visit or phone call so they don’t end up lying dead on the floor of their apartment for seven months because they had no one. If you don’t want anyone to know what you’re about, which can be a good thing, just divert suspicion by acting completely frivolous like me!

The Save Darfur.org http://www.savedarfur.org and endgenocide.org started by a band of students in NYC in 2004 It’s is non-profit organisation with 100 interfaith organisations supporting it. If you would prefer to donate in the old fashioned way via postal mail you can make your donation cheque payable to ‘Save Darfur Coalition/United to End Genocide’ and mail it to:
Save Darfur Coalition/United to End Genocide
1100 17th St NW, Suite 500
Washington, DC 20036