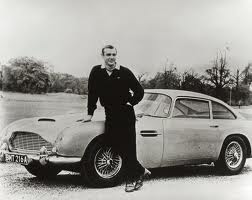 1.       As a neo-adult establish a party-loving ‘it’s all about me’ ethos. Scrape thru Uni because your social life is more important.
2.       Fall in love with your soulmate – at least until your REAL soulmate turns up.
3.       Get a serious job and look responsible but continue to act otherwise.
4.       Begin to craft an eccentric persona – this helps to sort out the ‘wheat from the chaff’ – conservatives will dislike you which is essentially good because they’re too boring anyway.
5.       This essentially leaves you surrounded by friends with a Nicholas Cage complex – ‘This here snakeskin jacket represents a symbol of my individuality, and my belief in personal freedom’ – the party can begin to look like a snake pit with all those snakeskin jackets around!
6.       Have a pre-sub-midlife crisis and do the Landmark Forum program and sort your head space out – only clean brains here!
7.       Go do the India thing and work with Mother Teresa.
8.       Return home, do the specialised Forum workshops, get a ‘Handler’ to keep you accountable, establish a secret mission and go covert – tell no one of your arrangement. Your agreed mission is contracted for 20 years.
9.       Fall in love, get married, have four children, finish a second Uni degree - all unexpectedly.
10.   Remember – tell no one.  Maintain eccentric, laissez faire attitude to avoid suspicion. Secret life intacta.
Have you ever heard of ‘The Hunger Project’? This was a direct result of participants in the ‘Forum’ (a self-awareness action program – they loath and detest the term ‘self-improvement’)  going out and deciding to do something positive in the world. When I went thru the ‘Forum’ workshops we were encouraged to decide on a change we would like to help facilitate (not necessarily the Hunger Project), make a contract with ourselves to fulfil this goal, and establish contact with someone who would keep us accountable for our actions. It was suggested that the power of the change would be more effective if it was done covertly. Why is this? Well think about it –you get all these people running around out there holding ‘gala charity events’ and what happens? Most of the money is spent in holding the event and paying administrators; most of the PR is focused on the people ‘giving’ the charity rather than on what the charity is for and they all go home and give themselves a nice pat on the back because they’ve made themselves look better in the eyes of the world. What if there was actually an army of people out there who contracted between themselves and their ‘Handlers’ to effect a change that no one but the recipients knew about? Now wouldn’t that be powerful rather than self-congratulatory!
At about the point where I was 5 years into my ‘Secret Mission’ –remember, tell no one – I was starting to think I had great potential as a spy. I would report to ‘Control’ and throw away lines like ‘follow that car’ with great skill.  I could be that eccentric blonde, or brunette or red-head (it’s important to be able to melt into a crowd and you may need to change your appearance rapidly, but you can't be too obvious — trench coats and plastic mustaches should  be avoided).  With four young kids for cover, by night I could be Snapperhead, Princess Snapperhead, and I’ll have my martini shaken not stirred.
Now I have to tell you that one thing you can’t do is keep secrets in a marriage. We’ve tried it, it’s destructive, it just doesn’t work. Goodbye spy aspirations and a life of fast cars and casinos! So at some point I just had to blow my cover and reveal all to R.
It was not quite like Brad & Angelina in Mr & Mrs Smith where I whipped my stash of knives and guns from my secret kitchen drawer but remember the bit at the end when they’re at the therapists and he holds up both hands? ;-)
The point was they worked much better together. Hold up 1 finger, and that is the power of one person. Now hold up another 1 finger (representing another person) next to that first finger and that is the power of two people working together – it’s not 2 it’s 11.
So what was my secret mission? Well I could tell you but then I’d have to kill you – however it may or may not involve things like the four recent clean water wells built in Sudan.
I can tell you it involved a considerable amount of money each week and is why we don’t have at least two properties by now, in fact we don’t even have 1!  But this is all Top Secret and For Your Eyes Only so sssh!  So why am I telling you this Christmas Tale? Partly because I’ve been completely disgusted lately with people who are more concerned about keeping their lawns perfectly manicured than giving someone a place on that lawn to sit in the shade. And of course for my hot tips on how to lead a secret life in ten easy steps should you wish to try it for yourself ;-) 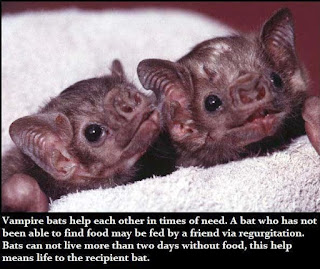 Bats are my favourite animal and us mere mortals could learn a thing or two from them.Merry Christmas!