I'm going to tell you a little bedtime story. In the tradition of all good fairy tales this one has star-crossed lovers, evil antagonists and good fairies, all set against a dramatic backdrop. 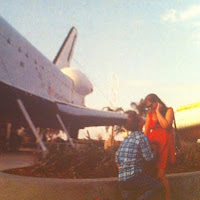 This particular tale begins in front of the Space Shuttle at the Kennedy Space Centre in Florida, in February. Our hero is on his knee declaring himself to his beloved.  The star-crossed lovers board a ship and sail  the deep blue sea for many months.  In July our heroine is playing hangman with her children whilst our hero is shouting 'I'm the king of the world!' from the bowsprit. He can get a better view of the last space shuttle to head for the moon from here. Suddenly an iceberg looms in the mist. The ship hits it with full force. Our hero leaps onto the iceberg thinking it will save him. The captain calls over the loudspeaker for all hands on deck.  At the last minute our hero realises that everything that is most precious to him will go down with the ship if he doesn't do something. He abandons the iceberg and saves his family. He calls in a favour from the staff of the Flying Kangaroo (Qantas Link). 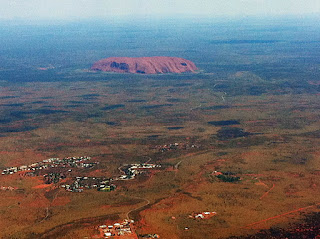 It is now Saturday, December 10th. The star-crossed lovers are at Uluru (Ayers Rock) This is a view of the Rock as we approached the airport. It was a  hot day , not even the goannas were anywhere to be seen, only a few crazy cyclists (not us!) On entering the Uluru Park area we were given an extreme weather warning by the lady in the toll booth - drink plenty of water, star-crossed idiots like us who want to go to the Rock in the middle of the day have died there from heat exhaustion. 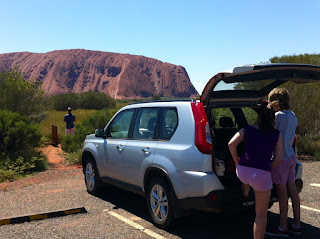 The twins lathered on the sunscreen and I got out my trusty instant shade maker - my pink and red Boston umbrella - everyone laughs at you for taking an umbrella but then they all want to get under it when the sun is scorching. Funny that!

We walked in close to the Rock with it's amazing textured surface, kind of like I imagine the moon's surface would be. 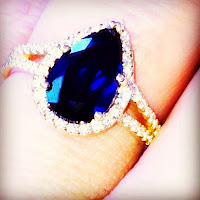 Suddenly R was down on one knee. He whipped a huge sapphire ring out of his pocket and proposed to me against the blood red backdrop of Uluru. He'd been a fool to think an iceberg could ever save him, life wasn't worth living if he couldn't be with me - (this is where you sigh and go 'Awww!) The twins rolled their eyes 'Are you proposing to mum again?!' Third daughter said. He then whipped out a couple of bottles of champagne -the favour he called in - the hosties had been in cahoots with him on the plane and given him champagne to stash in his briefcase when I went to the loo after he'd showed them the ring and told them his plan.

Back on the plane a fresh lot of hosties plied us with more free champagne and were all agog at the ring and the tale of our many engagements. When we got off, Young son said who was sitting in the row behind us said' 'You two sure got a lot of attention!' 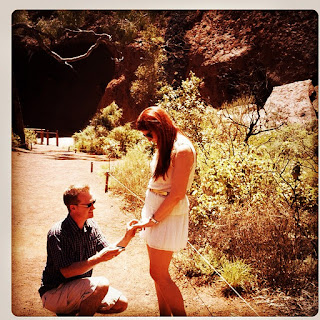 We flew on to Perth and that evening we went a WA symphony orchestra concert on the Perth esplanade with the twins and Venus. One of our friends Wendy Tait plays French Horn with the orchestra. 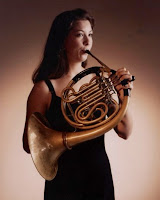 It was just magical sitting under the setting sun as the orchestra played Orff's Carmina Burana (click link to listen to a snippet of it) which we had made our entrance to at our medieval wedding.

My girlfriend Therese sent a text message telling us it was a blood red moon in full lunar eclipse and we could just see the shadow beginning to slip across the moons surface as the orchestra began the final piece, Tchaikovsky's 1812 Overture with the bells ringing in  that splendiferous piece of Perth architecture, the Bell Tower, behind us, and the military canons blasting next to us. 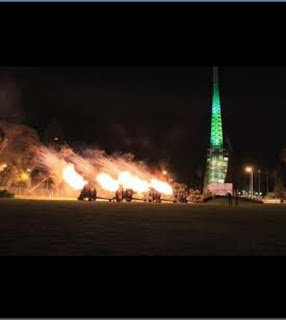 We raced home to watch the full effect of the lunar eclipse and R managed to capture some fantastic photos with his camera. The spectacle of a blood red moon was a fantastic and dramatic ending to a fairytale day.

The colour is caused by light scattering as it passes through the thin ring of the earth's atmosphere, removing the blue light and passing mainly the red, some of which still manages to reach the moon. Australian Aborigines see the coppery-red moon as an omen that someone has been killed. The Vikings believed the moon was being eaten by a wolf when it turned red.