Into the Wild Omo Valley 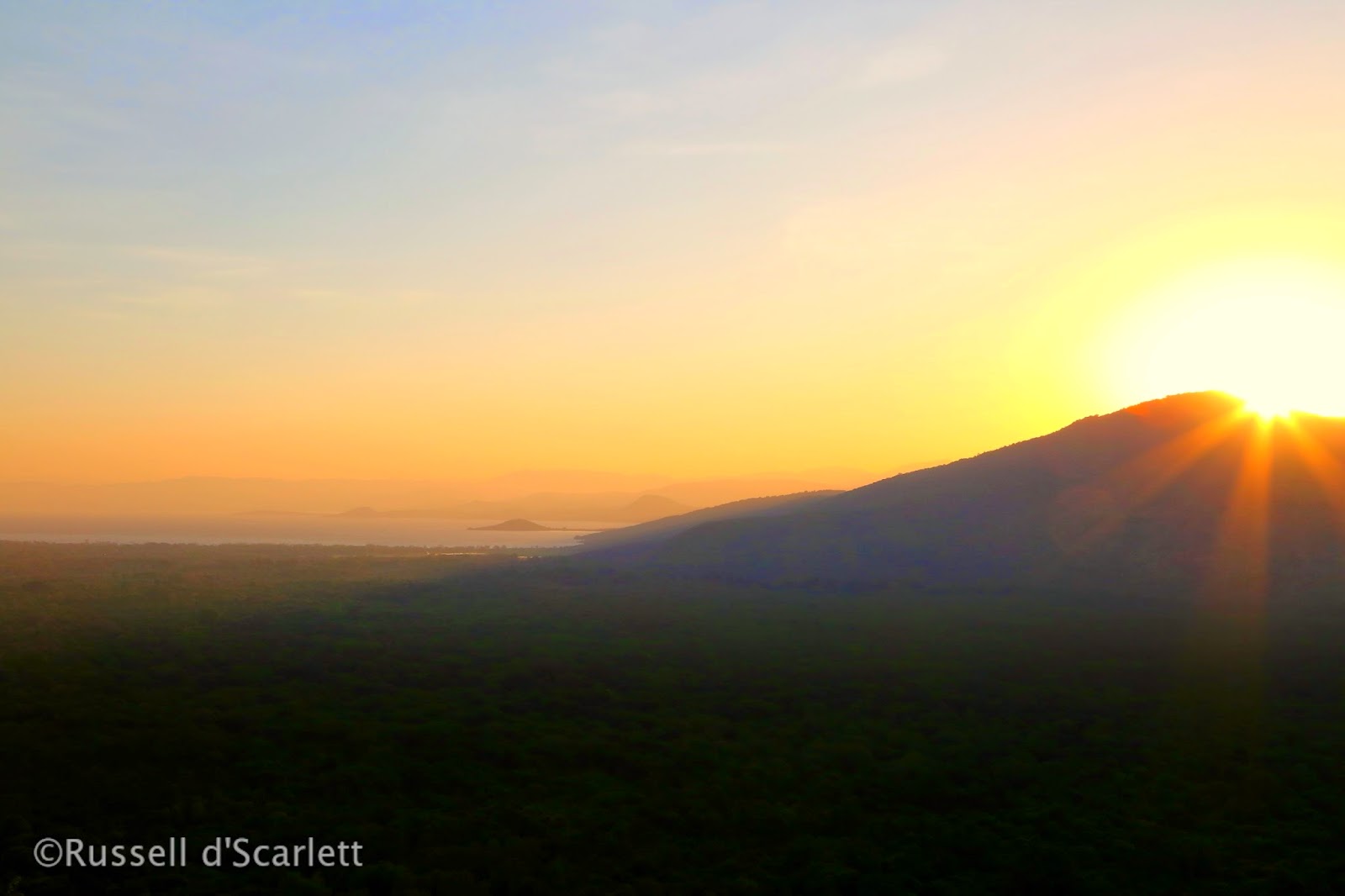 We rose early in our tukuls (huts) so we could observe the sun rising over the Rift Valley. Golden fingers of light broached the mountain top across the valley floor in front of us as we sipped on steaming cups of Ethiopian coffee, gradually bringing the dark green floor of the valley to life. Baboons screeched nearby and a few eagles soared, catching thermals in ever decreasing circles as they descended over the valley.  The girls and I had to pee so we walked into a natural circle formed by some trees. As we squatted there I suddenly had the feeling someone was watching us. ‘Look up in the trees – baboons!’ 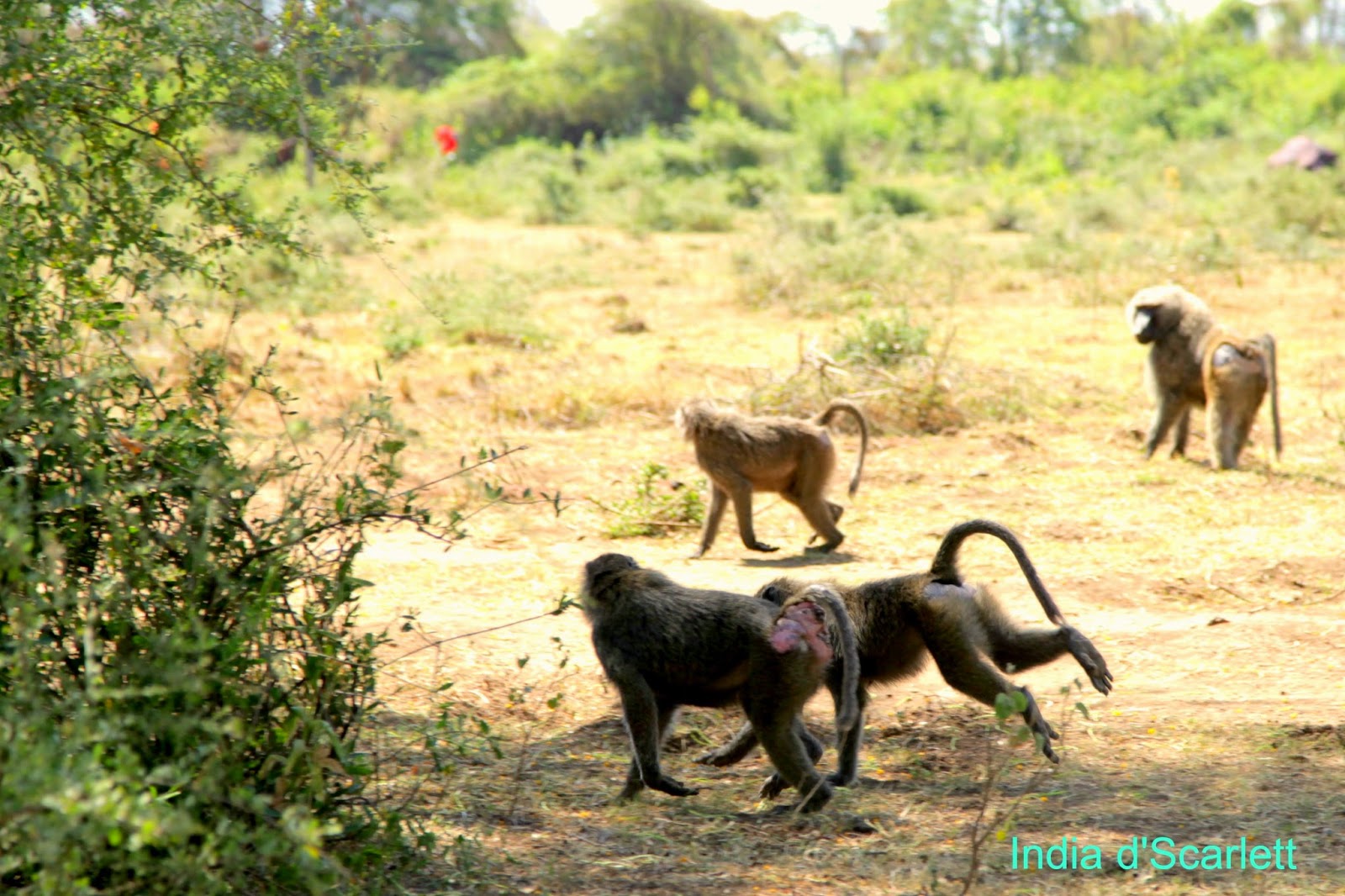 Monkeybuns said. These baboons had the most astonishing blue balls and peered at us maliciously. We scampered out of there as soon as we were finished our business to find a few military police in their blue camo grinning at us. They were there to patrol the shore perimeter and clearly took their job quite seriously, sitting in the shade of an Acacia tree with their AK-47’s resting across their laps, smoking. 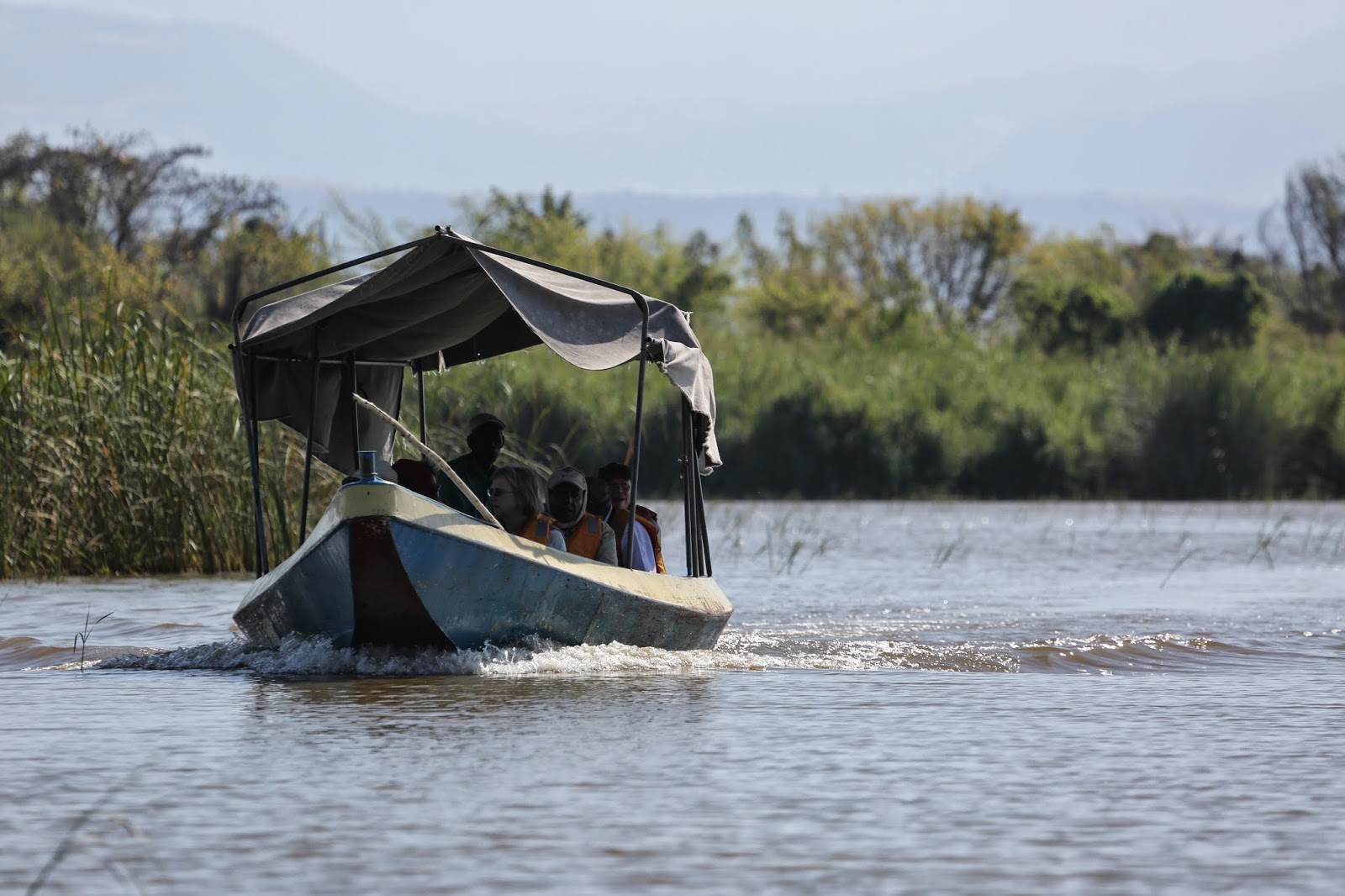 We bolted down some hot omelette and drove down to the shore of Lake Chomo.

A rickety tin boat with an outboard took us onto the lake to spot its famous array of birdlife, crocodiles and hippos. Enormous herons, pelicans and fish eagles were everywhere. The pelicans worked in teams forming a circle in which they could herd the fish. India was particularly delighted at the ‘pink’ hippos. Local fisherman calmly stood waist deep water fishing, paying no mind to the potential dangers of the enormous crocs and wandering hippos. 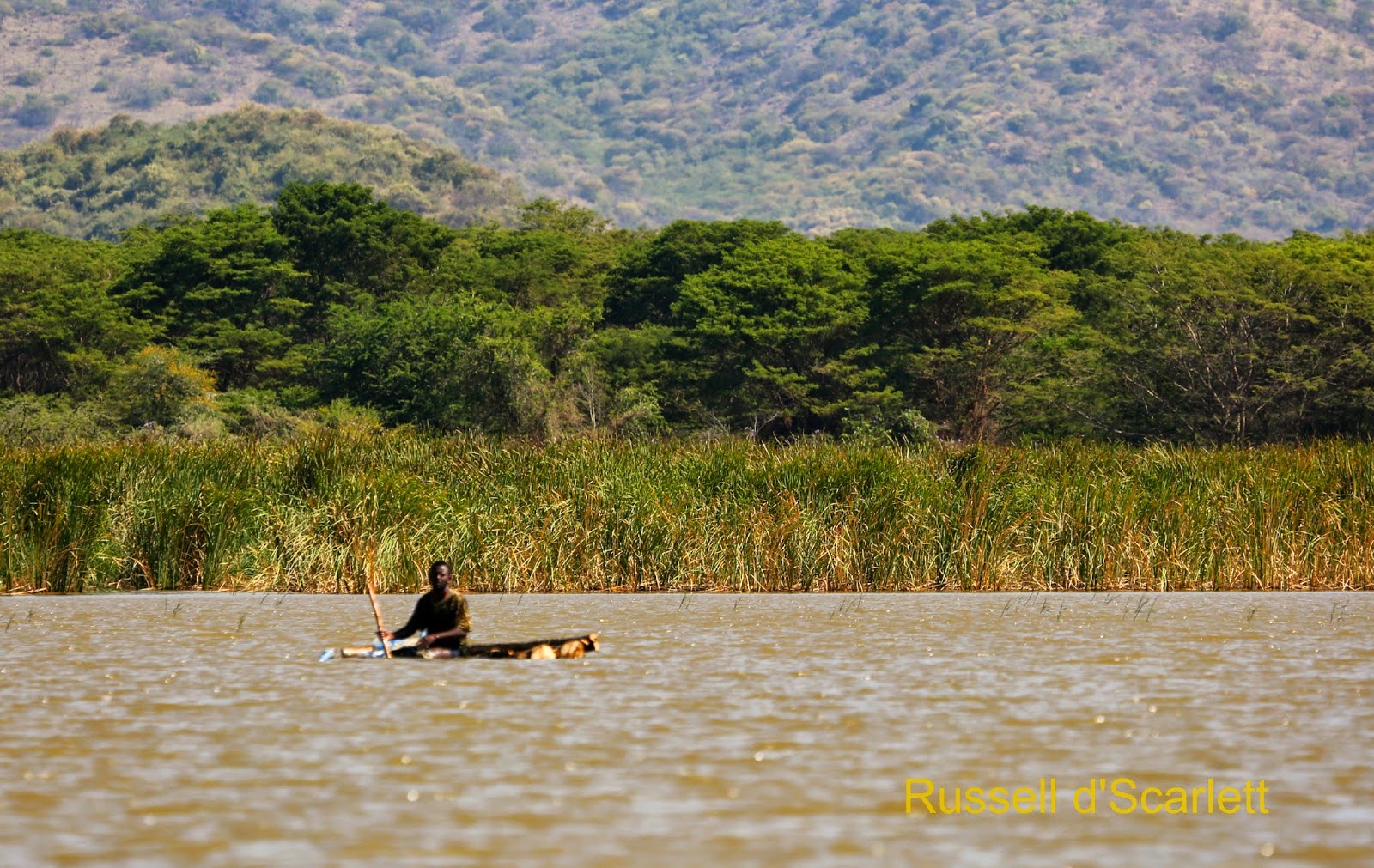 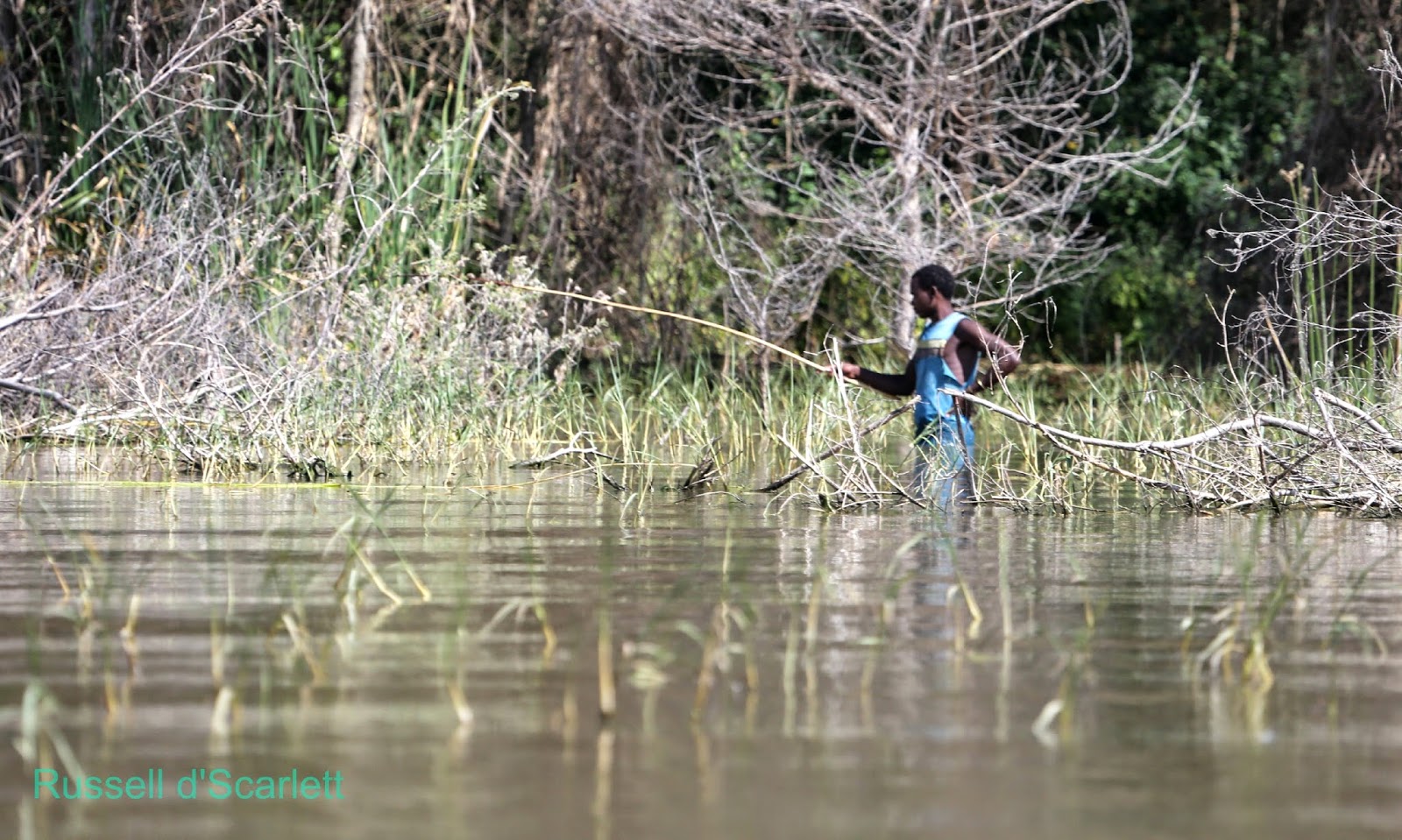 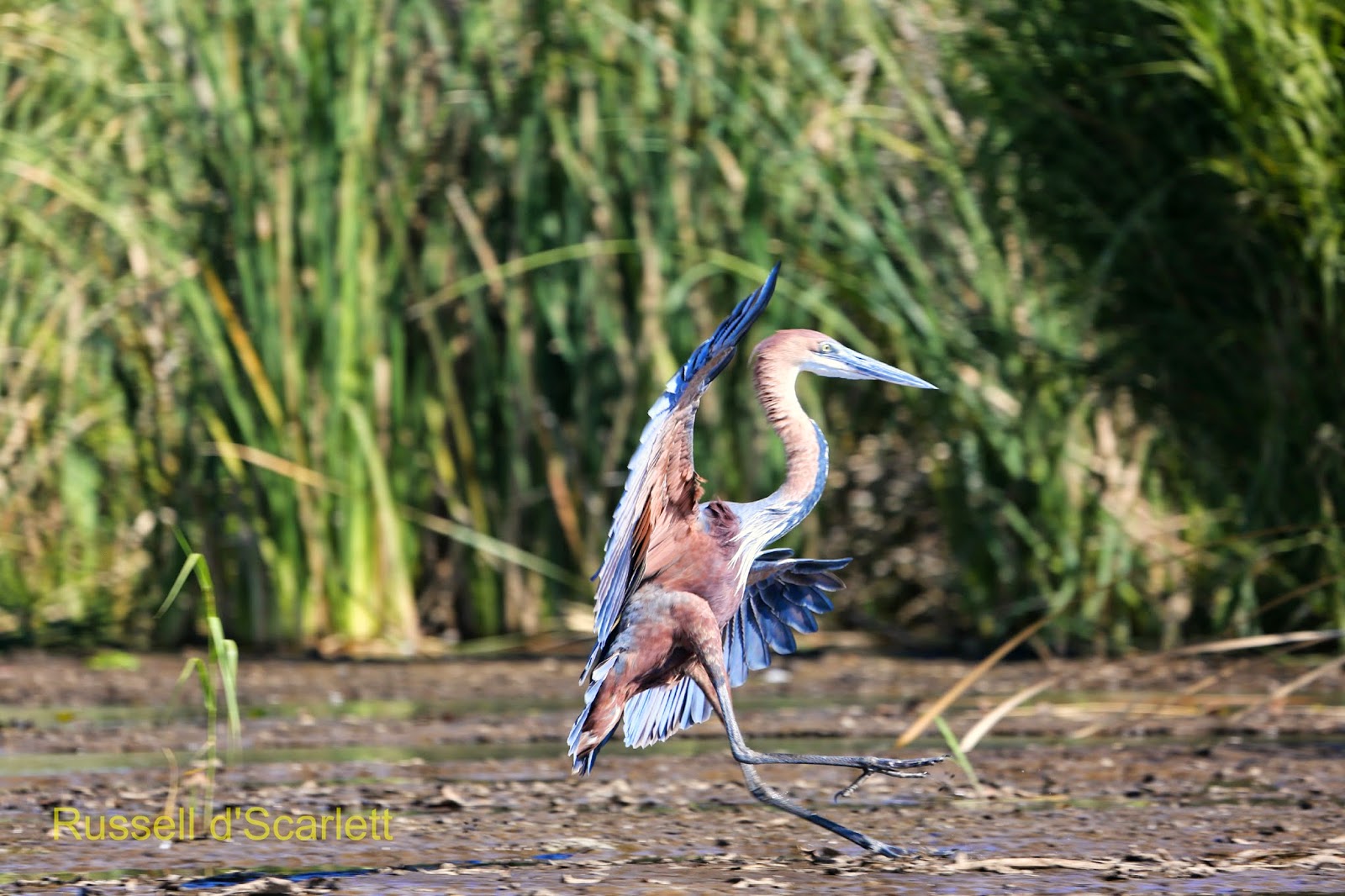 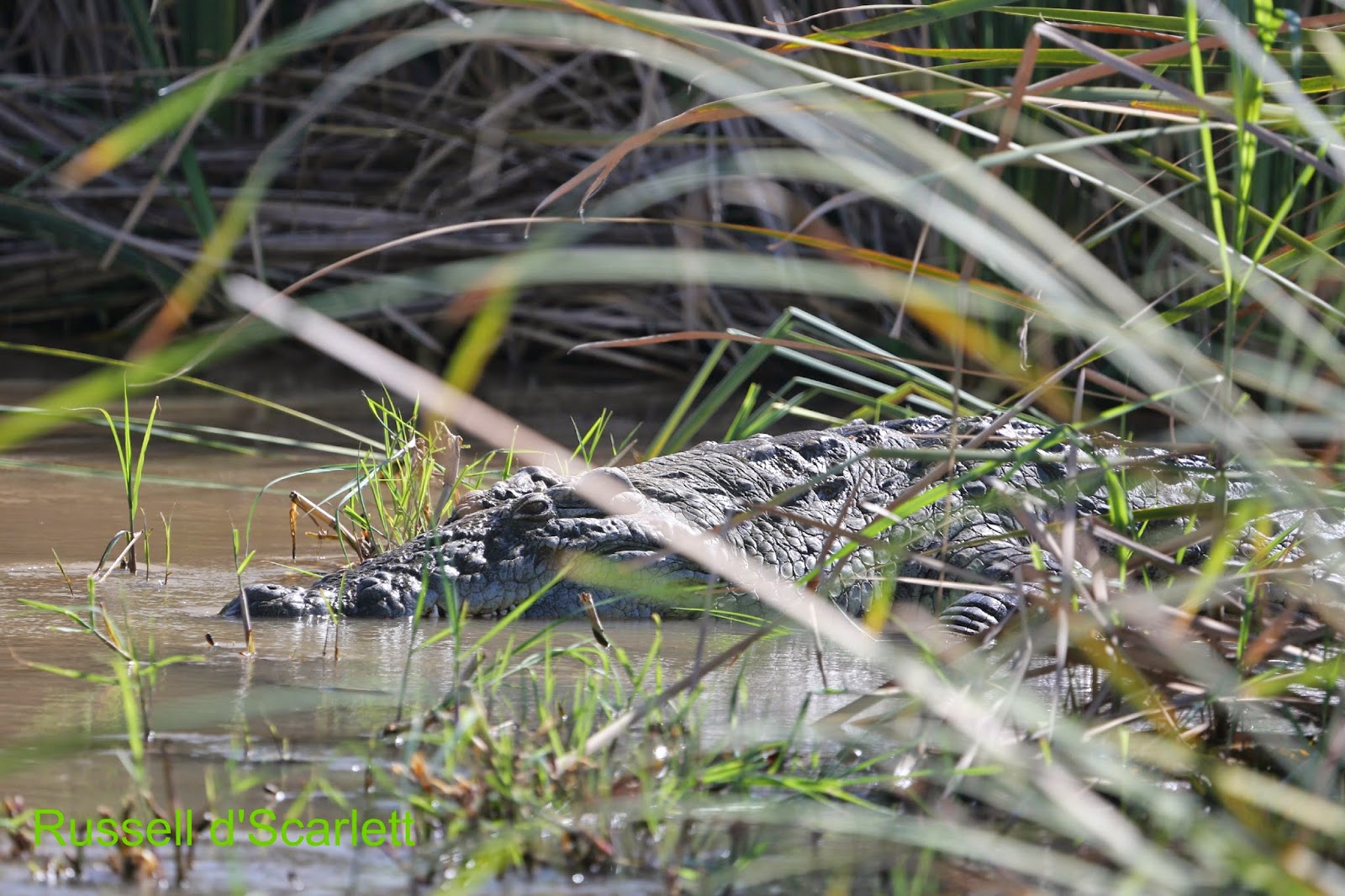 We drove on to the town of Konso where the women’s skirts took on an unusual peplum design. We stopped to take lunch of wat and injera at a lookout over another section of the Rift Valley. There were a few Italian travellers here and everyone, even the twins partook of the strong black Ethiopian coffee.
After lunch we drove on til we hit dirt – 83kms of hell to get to Turmi, the Hamer tribe town sitting close to the border with the Sudan.  The closer we got the redder the earth, the more naked the people, carrying machetes, Kalashnikovs, spears and always their headrests that doubled as stools. Their distinctive red coloured hair was braided and dressed with a combination of animal fat and red mud.


We eventually turned into our lodge not long before sunset. It was literally in the MFN as my dad would say – the ‘middle of fuckin’ nowhere’! Small rooms built by the tribe to accommodate curious travellers such as ourselves. We left our gear and walked a kilometre up a track toward a kopi (small collection of boulders forming a hillock) where the ‘restaurant’ was. We found our dinner companions were half a dozen shirtless Russian men, having already noted the presence of a ‘bar’ with a selection of about 5 different Russian vodkas and various Ethiopian beers. This Hamer tribe was quite enterprising then!