A Dangerous Expedition to Arba Minch

Ethiopian drivers have to pass ‘levels’. A driver classed to drive foreigners around in a 4WD must be a ‘level 3’. From my penetrating observations after many hours traversing Ethiopia I have come to the following conclusions:
A ‘level 1’ driver knows how to start a car, drive the car and possibly when the thought occurs to him remember that there might be road rules, such as the suggestion of driving on the right hand side of the road. He may also, at any old time that he feels like it, drive on the left hand side of the road. Intersection right of ways are determined by whoever has the greater will power.
A ‘level 2’ driver knows that the road actually belongs to the goats, donkey and people and he is skilled in negotiating James Bond type manoeuvres around them. He acknowledges that the roads were actually built not for ease of travel of vehicles but aforementioned goats, donkeys and people. Further proof of this is provided by the fact that, and I kid you not, the road is also routinely used by the intended road users for afternoon naps – smack bang in the middle of the road.
A ‘level 3’ driver knows all this and is still allowed to drive foreigners through the deepest, darkest roads of the interior! These elite drivers are also certified cattle whisperers and are born with an additional feature - they possess an echolocation mutation that allows them detect and avoid potholes in the dark! In addition, the level 3 driver must above all possess the ability to multi-task – that is to say that he must be able to simultaneously steer the car on a pothole avoidance course whilst waving at rock throwing locals in an attempt to engage them in the same activity – in Ethiopia the custom prevails that if someone waves at you, you MUST wave back – hence causing them to desist in their previously gleeful and potentially life threatening rock throwing. 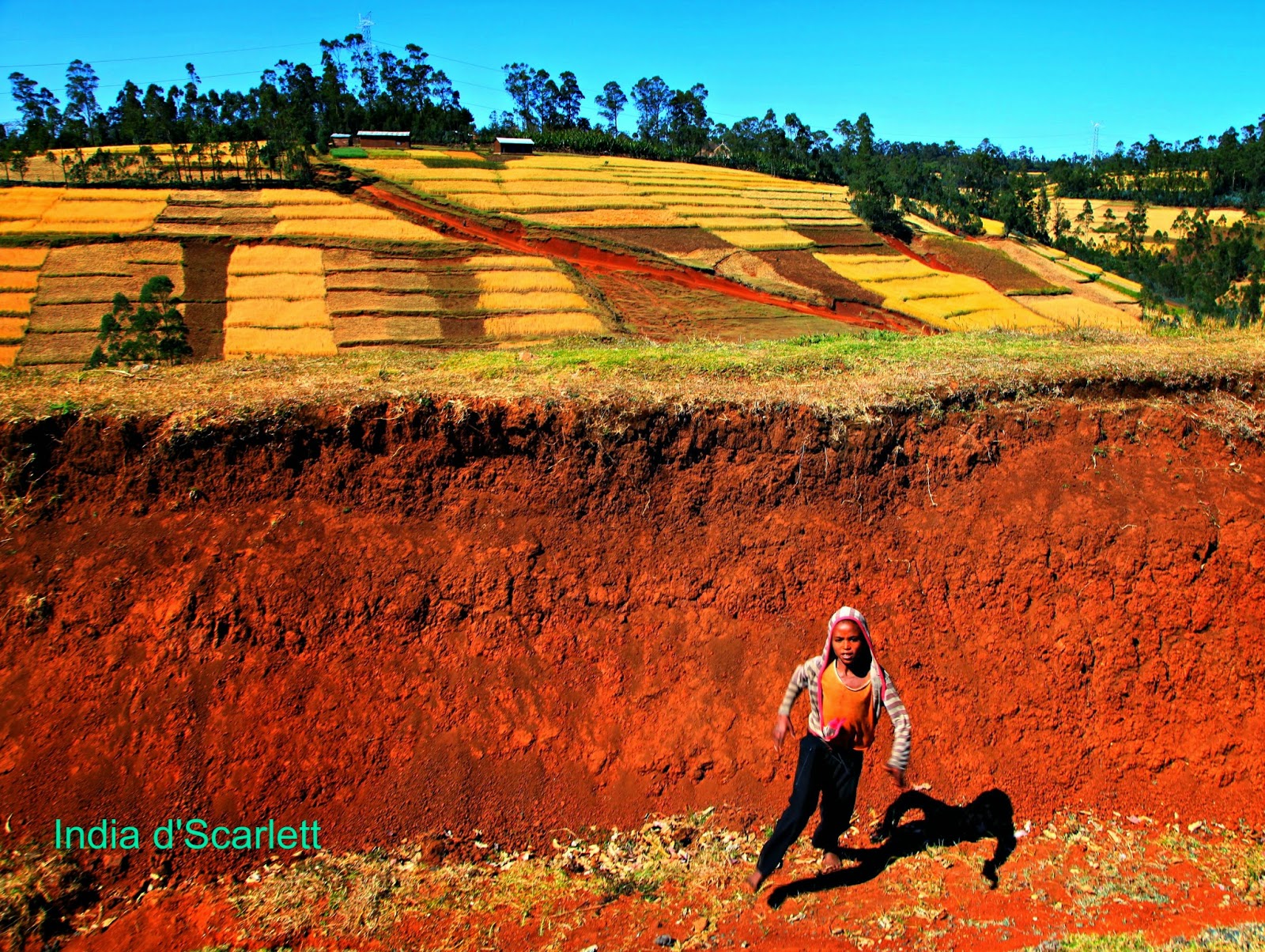 Having driven through a lot of Asia I would have to say that thing that really sets the Ethiopian driver apart from any comparison to his Asian counterparts is his complete and utter calm, courtesy and lack of any aggressive honking. These guys are not horn blowers!
As we wound our way arduously over the Entoto Mountains out of Addis Ababa into a gruelling 9 hour drive to Arba Minch, the landscape gave way to swathes of golden fields and green forested hillsides. Round tukuls (huts) appeared and the number of people carrying machetes increased to include even 6 & 7 year olds the closer we got to Arba Minch. ‘They carry the machetes to harvest in the fields and to protect themselves from snakes,’ our guide told us.
We drove along a dusty potholed side road on the top of an escarpment at twilight until we came to a uniformed guard standing duty with an AK-47 under a rusty sign swinging in the breeze. I eyed the sign sceptically - ‘Paradise Lodge’ it announced. The guard swept the bottom of our vehicles with a bomb detector and waved us on. A small group of tukuls clustered at the very precipice of the drop into the Greater Rift Valley with sweeping views over Lake Chamo to the right and Lake Abaya to the left. Paradise after all!