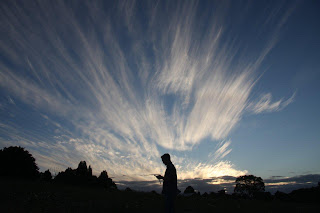 Okay so the Blog Gurus tell me that I should post on a regular basis. I'm not even going to pretend to commit to a few times a week, being notoriously unreliable in the old time-commitment department but I am going to schedule my posts for Sundays. Look this one is posting on a Sunday so the outlook is promising already! Apparently readers like to know when to expect new posts and it builds a sense of anticipation. So from now on I herewith announce it will be 'Sundays with The Adventures of Princess Snapperhead'. I can see you all eagerly awaiting next Sunday already ;-p
So for the last week I’ve been sequestered down in the small country town of Manjimup, Manji to the locals (we’re Australian we shorten everything, and if it’s already short we’ll obligingly put an i/y on the end of it to make it cute and endearing and show that we’re not formal and stuffy) population 4000 plus a few horses and cherry trees. Actually this is virtually a thriving metropolis, especially compared to the one horse town my dad lives in out in the wheatbelt, Popanyinning (How do you pronounce that? I hear you ask, well of course the locals obligingly shorten it to Poppo, so no worries mate!) Poppo only has one general store and if you blink you really will miss it. By comparison Manji has two, TWO!, supermarkets, three cafes, numerous smaller shops and even a public library.
R and I decided to join the public library, mainly for want of anything better to do, so off we trundled to be greeted by the gracious librarian Margaret. We filled out the required membership forms and then Margaret said, ‘I’ll need to see some form of I.D. though I really feel like I should know you’ looking at R.
‘I’m the doctor at the hospital’ says R.
‘Oh of course, I should have known,’ says Margaret ‘Well, no need to see any I.D. then!’
R is the sole emergency department doctor on so anyone who has, and even those who haven’t will know him. Word gets around fast in Manji and if you don’t know something, don’t worry, you soon will.
Manji in winter is ff (fuc**ng freezing) but great for that one thing we have no need of in tropical Cairns – a roaring fire. Top that off with toasted marshmallows, a nice glass of the local red and it's prime snuggle up to a movie material. We actually got to watch the whole of Snow Falling on Cedars without some inconsiderate patient that could easily wait till normal daylight hours calling R in to emergency. 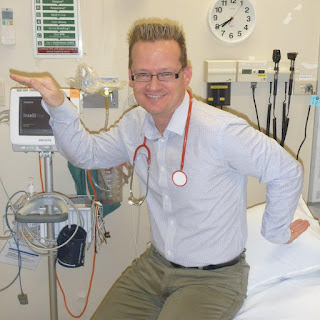