iPhone 2020 - a beautiful yet terrifying concept


Back in the day I used to wake up and go surfing. Yep, salt water, waves, fresh ocean air. These days I wake up and along with 60% of the rest of humanity existing in this modern, post-information revolution decade, I go phone surfing.  In the mid-nineties I came up with a concept for a design competition which I called the ‘Information Disseminator’. 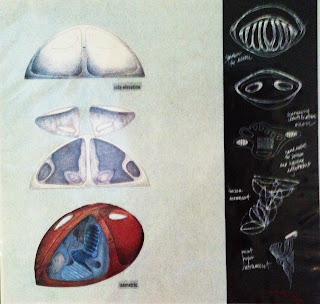 The concept was that there was all this information out there but people didn’t know how to access it and wouldn’t it be cool if you could access everything you wanted in one spot – like information people normally went to the library for and banking and pay bills all inside these ‘Pods’. A team of four of us designers developed my concept into a physical design that went on to be displayed at the international Nagoya competition in Japan with an honourable mention for a 'radical concept.' 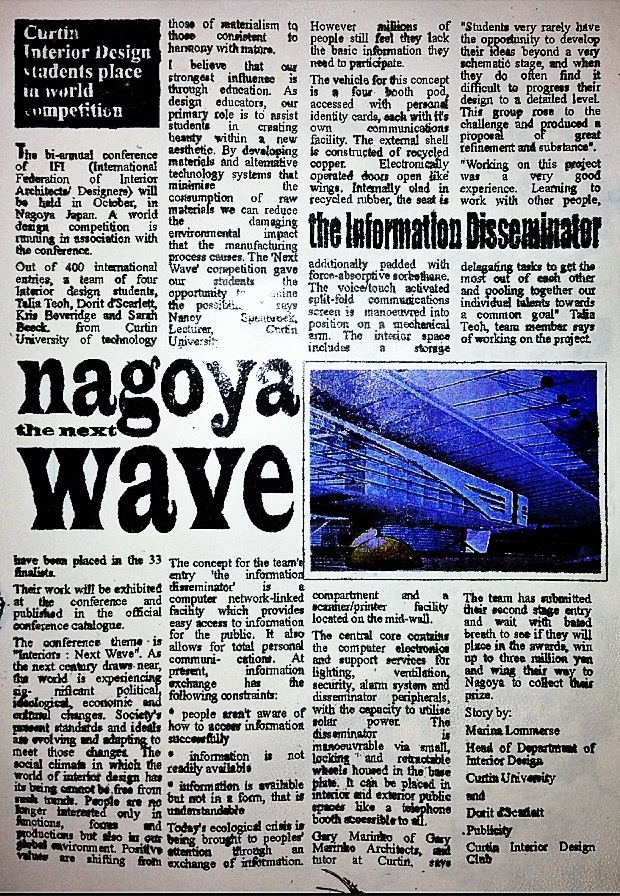 People thought it was an innovative, futuristic concept and yet here we are,  we’ve skipped right past an actual ‘Pod’ straight into a hold-in-the-palm-of-your-hand internet disseminator – banking, paying bills, checking our mail, accessing the google god for its omniscient information. Yep, that’s right, that iconic piece of 21st Century information design, the iPhone has in fact become master of my life, a beautiful yet terrifying thing.  Seriously though, it’s been like permanently grafted onto my hand for the last however many years and is my chief source of communication with the outside world. What am I talking about? It’s also my chief source of communication with my inside world – that is the world inside my house: text to young son – ‘I think you should go to bed now, it’s really late!’ (he’s in the room next to mine); text to Monkey buns – ‘Aren’t you studying The Crucible in English? It’s on TV. tonight.’ (from the lounge room to Monkey buns in her bedroom) Of course as we all have iPhones and Wi-Fi we have free text messaging between us, making this one step better than the old intercom system. We probably wouldn’t be such prolific intra-house texters if we actually had to pay for our messages. Personally I think it’s a very clever tactic by the underground government and telecommunications industry to deploy future bio-implant transmitters. The phasing in would occur something like this:
1.       Familiarise the population with texting, facebooking and twittering as a ‘normal’ mode of communication (see above) - we are all  plugged in!
2.       De-sensitize the population to invasive messaging – it may come for you at any given moment and you will think it’s normal to respond at 1 in the morning (hello big brother). We accept it as the price to pay for having instant access to ‘real-time’ information.
3.       Foster dependency on the iPhone (smart phone)like some wildly seductive drug – normal addiction signs develop:
a.       Phantom limb syndrome: people act like they’ve had a limb amputated if they lose their phone for 24 hrs. I once ‘lost’ my iPhone in my knickers drawer – I’d put it in there to change knickers and then shut the wardrobe and forgot where I put it – trauma!
b.      Develop a sense of isolation - ‘no one can contact me – inbox me on Facebook, my phone’s not working/lost!’
c.       Paranoid tendencies – ‘What am I missing on Facebook?’ – we’ve all become voyeurs of other people’s lives.
d.      Separation anxiety – ‘What if someone leaves a comment on my Instagram photo, I won’t be able to respond!’
e.      Depression & a sense of helplessness: ‘I can’t get anything done without my phone!’
f.        Schizophrenic tendencies: you start to hear your ringtone even when you know your phone is in the repair shop
4.       Stage the release of successively smaller, faster, smarter phones. I can remember back in ’98 commenting to R that I wished someone would hurry up and design a phone in a watch because it would be so much easier to carry around.
5.       Release of iPhone 2020 – the ‘perfect vision phone’, a bio-implant phone that responds purely to voice command and has either a holographic screen projected in front of you or as a retinal display – that is, on your retina, really putting the I/eye in iPhone – and hello, we have arrived at George Orwell’s 1984 (a few years late of course, but infinitely more mobile than the big screen – no chance of sneaking off to a room in a proles house). We’ll probably even have the audacity to wonder out aloud how on earth people ever managed to live without them.
Posted by Unknown at 11:53